Amy shares about how the delays on her construction for her second location have been piling up, so they’re moving to get a new contractor to take over. She’s also exploring the use of a temporary occupancy certificate so they can open part of the center to start generating some revenue while the rest of the build out is underway. Dylan and the Float Shoppe team are working on a promotion for Valentine’s Day to spark memberships.

Sarah Maynard-Murray joins the team this week. She’s an air national guard veteran, former teacher, and a float center owner, who’s also worked in the aerospace non-profit realm, and with special needs kids, has a degree in corporate fitness… so basically, she’s a rock star. And now she and her husband own and operate a float center in Tacoma WA, Uncharted Waters, while growing a family. She started iRest ® therapy to help with several personal issues and found relief after her very first session. END_OF_DOCUMENT_TOKEN_TO_BE_REPLACED 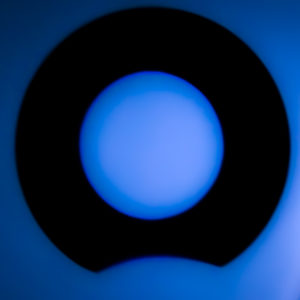 Providing a little head support to first time floaters can make the difference for creating a float where the person in the tank can completely let go instead of tensing up in order to keep their head above water. Making sure customers are empowered to create the best float experience for their needs is incredibly important to us at the Float Shoppe.

“The times they are a-changin’”.  Bob Dylan saw this in 1964.  Today it is just as true, and rapidly a-changin’ in the float industry. Back in 2014 I wrote an article about the best head rests to use in your float center, but since then the Floatease Halo has been released by a float center owner in Canada. The company has created a game changer by designing what may be the first piece of float technology (outside of float tanks themselves) specifically made for our industry.

I reached out to “Saul T Waters” as he goes by on Facebook, about how he came up with the idea. Here is what Saul had to say: END_OF_DOCUMENT_TOKEN_TO_BE_REPLACED

formation presented in our interview with Floataway’s founder and float tank engineer, Colin Stanwell-Smith is so valuable and pressing. A conversation of this magnitude rightfully carried on for ages! So, having it broken up into two parts will hopefully help with digesting and assimilating the details of the discussion. Hope you’re ready for seconds, because here it is! In this portion of the interview, Colin touches on the clinical setting that he envisions being the future for Floataway, as well as a fair portion of the entire float industry. We also get to hear more about revolutionary products he’s collaborating with others on developing – like Floataway Portal, PopUpFloat, and the air temperature optimizing tower designed for open float environments.

Dylan gushes about the wonder that is the Mandala Ninja Fan, freshly installed out the i-sopod float tank. It’s always on and it’s completely silent! The new fan has made such an improvement that some employees have deemed it their new favorite tank. END_OF_DOCUMENT_TOKEN_TO_BE_REPLACED

In this episode, the gang discusses the many branding, marketing, and campaign projects currently underway at their centers. Amy shares the red flags that led to her firing her current graphic designer and why it’s important not to settle and to listen to your intuition for your branding. She was also rushing this week to secure both the lease on her new location and contractor before the pre-approval on her loan expired. She didn’t make the deadline and talks about dealing with that loss of the loan and how she’s moving forward. She also talks about what a Build-Out Binder is and how you can learn more about it in her upcoming Facebook Live video.

The Float Shoppe’s Heroic Summer Float Challenge campaign is well underway, and the gang discusses the elements that make it such a success and why customers are digging it. And good news! We’re making the campaign available to use at your center as well. Dylan talks about the Shoppe’s recent staff meeting where the entire group took a tour of the center and what valuable discussions it brought about. END_OF_DOCUMENT_TOKEN_TO_BE_REPLACED

Gloria Morris of Float Sixty joins the podcast this week to talk about how she opened her center just nine months after her first float and, one year into the business, is already opening two more locations! She tells her story of learning to meditate in the float tank, realizing this is something that people need, finding a location, and developing a business plan. Because Gloria loves her work in IT, it was her goal from the beginning to set up a float center run by incredible people so that she could manage remotely. She talks about how she assembled her team and the systems they have in place so that she doesn’t need to be there every day.

Gloria has a natural focus on analytics, which she’s found to be both beneficial and challenging in an industry where not all of the successes can be measured. She talks about marketing strategies that have been successful for her business and how she analyzes her numbers. She also talks about how she knew it was time to open more locations, what that process has looked like, and how she’s preventing burnout amidst such rapid growth. END_OF_DOCUMENT_TOKEN_TO_BE_REPLACED