Yesterday I was enjoying the summer weather, laying in the sun at a local park. Dogs filled their designated play area, a pickup game of frisbee golf had formed near me, and I was just falling asleep when I received a call from a Kentucky area code.

I was pleased to learn upon answering the call that it was an enthusiastic young gentleman interested in opening a float center. I had heard there was a gentleman interested in opening a float center in Kentucky and I couldn’t wait to hear his accent. The good news was he did not disappoint. The great news was that we talked for about an hour and had a great conversation ranging from his burning desire to open a float center, to paleo diets. It was a real pleasure and I can’t wait to talk to him again. 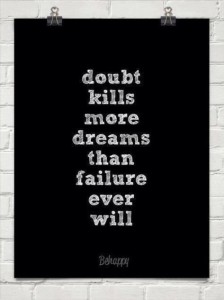 Based on our discussion he said, “so… money is the biggest hurdle to opening my business”. It was a statement, not a question, and it was certainly not the message I had intended to give. Our conversation had naturally led to fundraising and all the possibilities and hurdles associated with it. First you’ve got family, then friends, then friends of friends. There are angel investors, business scholarships and bank loans. More recently there is the option of crowdsourcing your money (without needing to pay it back) through sites such as Kickstarter. There are even business association meetings that get together specifically to educate entrepreneurs on how to fundraise. Despite all of this, he felt that fundraising was the biggest hurdle to opening his float center. END_OF_DOCUMENT_TOKEN_TO_BE_REPLACED

Note: I decided to postpone today’s planned blog post until next week. Instead I am posting an unedited cathartic writing I did the night we announced the Float Shoppe expansion next door, a community and yoga space that will open October 1st. This writing doesn’t have the normal flow of my other posts as it really is just free-form writing. When I was done I thought others might find value in my process… At least I hope you do; let me know in the comments section below!

Friday July 26th, 2013. This evening we officially announced to the public that we will be expanding to the building next door. A community center that will house yoga, meditation, fitness classes and whatever else our community will enjoy. The response has already been very positive and has given me goosebumps several times. Now, as the sun sets this evening I have found myself in a reflective mood.

It’s been almost exactly two years since signing the lease for our first location. Sandra and I’s first business and our first public expression of our own personal values towards our community. We both have always found wellness, personal introspection and development very close to our souls, so a float and wellness center only made sense. Over time though, your original intent has to sit back seat as you implement your plans. For me this began during construction. If you have read my previous blog post, you know that I became very burnt out during this time; the stress of running out of finances before even opening took a major toll on me. The goal was still there, but now it was in the back of my mind. Putting up walls and laying thinset was all I could think about.  END_OF_DOCUMENT_TOKEN_TO_BE_REPLACED

Daily Deals (sites like Groupon, LivingSocial, and local equivalents) are a popular offering from float tank centers, and consumers tend to gobble them up. When a float center runs a Groupon or other daily deal we are able to profit immediately and do not feel a strain on our resources when customers redeem them. After all, it costs nearly the same amount to maintain an empty float room as it does when someone floats with us.

That’s all well and good but the overall aim of Groupon is to gain customers, right? How well does Groupon work for client retention? How can we create a higher retention rate?

Measuring the overall effectiveness of Groupons is a difficult task. The Float Shoppe has had a very positive response rate from customers. According to Groupon’s own feedback tracking, 97% of customers would recommend us to a friend. 99% of Living Social customers had a postive experience, with 95% of customers saying they would return. Yet, despite the positive feedback we have found that overall most customers do not come back.

If so many daily deal customers enjoy the service, why aren’t they all coming back? Something I’ve learned from others in the wellness industry is that people are terrible at self-care. This holds true with float tanks as well. No matter how much a person enjoys their float, they are very unlikely to book again once they leave the building. If they do, it can be a very long time before they come back.

Since opening, we have attempted to bridge the gap between someone’s first float and potential subsequent floats by offering a ‘three 90-minute floats for the price of two’ starter package ($120) and it has worked very well for us. END_OF_DOCUMENT_TOKEN_TO_BE_REPLACED

In my mind I was surrounded by my failures. Sandra was still working full time as nurse while spending every free moment working on the Shoppe, and I felt the weight of completing construction on my shoulders. All around me I saw walls without sheetrock, unfinished tiling and rooms with no electrical; literal physical representations of the failures that had manifested in my mind. Beyond that, there was a greater issue – we were running out of money. If we didn’t open soon, we would run out of finances and never have a shot at opening. We put all of our energy into the two float rooms that were closest to completion. With the weight of failure on my shoulders, we opened The Float Shoppe to the public on December 14th, 2011.

END_OF_DOCUMENT_TOKEN_TO_BE_REPLACED

As I drove Sandra home the night of my second float I turned to her and said, “Why don’t we do this? Why don’t we open a float center?”. She looked at me and nodded. “Absolutely”. Our minds were working in such unison that to this day I don’t think we even needed to exchange words, we still would have known what was next. I had assumed that our parents would warn us about going into business together, but the warnings never came. Instead, we were filled with encouragement and excitement from both sides of our family.

As the idea of opening our own float center began to take root, Sandra let me quit work and focus full-time on opening our float business.

What was next? Research. A LOT of research. Costs of parts, potential rent costs, electricity estimates, staff wages, maintenance. How much does salt cost!? For months our thoughts were on floating; nothing else entered our minds.
Approximately three months after my second float we had a business plan that was dialed in to the pennies.