Our goal is to help others start, run, & refine their own float centers. A place to share what we have learned, to help educate and raise the quality of float centers. We wish to be a guide and companion to have alongside you during all of your successes and failures; providing encouragement and guidance when you need it most, even at three in the morning when everyone else is asleep and you’re covered in salt.

Meet Dylan
Unsatisfied with the world IT and empowered by his now wife Sandra, the goal of creating a holistic wellness center with a focus around float tanks was born. 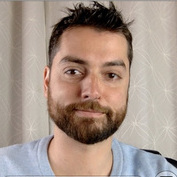 Today, most of his thoughts are geared towards refining our float center and making the customer experience as perfect as possible. He is constantly thinking about how his team can continue to improve the Float Shoppe so it can facilitate furthering personal growth. 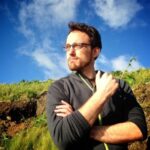 Brian ran through the front door of Dylan’s float center one day and they’ve been friends ever since. Passionate about workflows and improvinb business efficiencies, he helped to do some consulting at the Float Shoppe. One day, Dylan said “let’s start a blog” and a few years later he said “let’s start a podcast” and well, here we are! Brian is a passionate float and co-owner of Art of the Float. 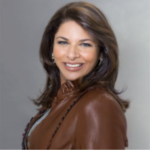 Just nine months after trying float therapy for the first time, Gloria opened the doors of Float Sixty Chicago. In less than three years she had built up three locations! She co-hosts the show bringing her with her business and marketing savvy to share on the show. 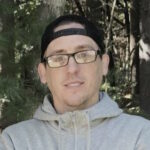 Before starting his center, Drew worked for the Department of Social Services and eventually Juvenile Probation. This delivered an education on how to act with all types of people representing different socio-economic backgrounds. This is where Drew fell in love with people, interacting with people, and a curiosity about what makes people do the things they do.

Drew started listening to the Art of the Float podcast without knowing he would open a center. Later he became a consulting client as he planned and built out his own center, NH Float. Drew is as passionate about floating as he is about martial arts where he has over 9 years training Brazilian Jiu Jitsu, 4 years of MMA experience, and has recently taken on the new challenge of starting all over as the new guy in Muay Thai. 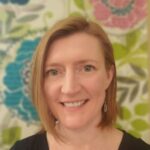 Co-owner of Sukhino Float Center, Kim joins us with more than 15 years of training and marketing experience under her belt. Kim is passionate about helping individuals and business owners create a ripple effect on the world. She is a registered yoga, meditation, and mindfulness teacher, founder of Sukhino Yoga on the Go, and founder and creative director of Mindfull Solutions, whose sole purpose is helping the people who help people, primarily through social media and other marketing tools