In this week’s episode, Amy, Dylan, and Brian went live on Facebook to answer questions from listeners and live viewers.

In surprising news, Amy’s second location is going to move forward with a temporary U&O, which is a wonderful surprise after last week’s news that one inspector wouldn’t allow them to move forward. Amy also talks about the latest news in Rutherford County, Tennessee, where her new center is located, and where the local police department just arrested and closed the doors on over 20 businesses that were selling CBD products. Float Alchemy is going to carry such merchandise, so it’s a big concern, and Amy sheds a little light on all that has transpired in the past few days there. 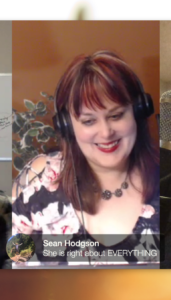 Dylan is still shopping for some FRP (fiberglass reinforced plastic) panels for The Float Shoppe, and he offers some great advice to consider if you’re opening a center or considering upgrading yours. Amy chimes in to share some ideas for ways to enhance the look of FRP in your float rooms. Dylan also shares some of the results of the survey for the float images he’s been providing for Patreon supporters.

The audience asked questions about, and the team discussed FRP (hot topic!), the biggest challenges they face in running a float center, crafting responses for the, “I’m claustrophobic” concern that comes up so frequently, and a reflection on the construction phase.