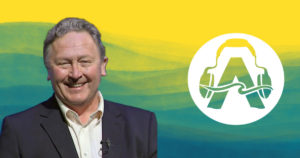 There’s an incredible, intelligent, and innovative Brit on featured on this week’s episode – Colin Stanwell-Smith of Floataway! He shares with us some of his viewpoints on regulations, the float industry, and the Float Tank Association. With the CDC’s potential future involvement with float tank regulation, the information discussed in his interview is especially pertinent. Like the implications that would come with ozone treatment being required, and what needs to happen if we want hydrogen peroxide and UV light treatment to be the standard for solution disinfection. Colin is working on steering Floataway in the direction of clinical/hybrid use, particularly with the development of Floataway Portal – software for data logging/monitoring temperature, humidity and airflow in the float environment, and integration of bluetooth biometric sensor feedback from sensors worn by the floater. In the same vein, he hopes that the Float Tank Association will get more on board with setting up the whole float industry to be more prepared for navigating in a clinical setting. We also get to hear more about other new Floataway products in the making, announced at this year’s Float Conference – the air temperature optimizing corner unit designed for open-style float tank rooms, and PopUpFloat, portable tanks designed with Peter Marsh. Like most captivating conversations, this is a lengthy one! To listen to the full interview, be sure to tune into next week’s episode.

Got any ideas on how to get pro athletes to start floating regularly? Leave us a SpeakPipe voicemail by clicking here!

Amy and Mark’s float center has been very quiet this past week – opposite to what they had expected! Historically, Labor Day weekend has been booked solid, but this year they only had ONE floater. The local shopping mall and theater were empty over the weekend, too. So, maybe folks’ extra income is going to Hurricane Harvey support, but local gasoline shortages could very well be steering people away from indulging in floating. Instead of reacting with desperation to get clients in the door, Amy’s reminded to instead stay consistent with newsletters and marketing communications, while reaching out to dedicated clients and clients that haven’t floated in a while.

Business at the Float Shoppe these past couple of months has been great, but there’s also some not-so-awesome happenings ‘round about these parts. The beautiful Columbia River Gorge National Scenic Area adjacent to Portland has a major fire blazing, devastating the natural area and wildlife. While smoke and ash roll into the metro area, polluting the air we breathe and coating the surface of cars, streets, and buildings, Dylan and Brian elaborate on the emotional heaviness felt settling down on the city, too.